Patrick's Place > Blogging > How Much Would You Pay for a Commenting System for Your Blog?
Blogging

How Much Would You Pay for a Commenting System for Your Blog?

A recent article gave a glowing review for a commenting system. I considered giving it a try…until I saw there was a monthly fee.

When I recently told you why I changed my mind on moderating comments, I mentioned a commenting system I really liked. That system was called Livefyre.

Livefyre had several advantages. For one, it seemed to do a great job at blocking comment spam. Something about its speed seemed to encourage people to interact faster. I never could really explain that; it just seemed I received more comments while I used it and that my visitors actually commented with one another.

Livefyre had a great feature for dealing with trolls: the Bozo function. You have heard, I’m sure, the old phrase, “Don’t feed the trolls.” That means that you shouldn’t respond to those who clearly comment just to start a fight. “Feeding” those folks simply means responding to them. They want attention. They want to argue. This is why you should ignore them.

That Bozo feature allowed site owners to hide the comment for everyone except the troll. The troll, then, would see that his comment was still there but would see that nobody responded. The idea assumed that if people weren’t “feeding” them on your site, they’d quietly go elsewhere. That seemed to work, too!

But the feature I liked most about Livefyre was the price: It was free. You could add it to your site as a plugin from the WordPress Plugin repository.

However, Livefyre’s success in the WordPress space was too good to be true. It eventually moved to an enterprise model targeting major sites with deep pockets. The free version shut down in October 2016 and the paid version was far out of reach of probably the majority of bloggers.

There are times when I still miss that platform. So whenever I see a review of a great commenting platform, I read it, hoping there’s finally a good alternative.

I just saw a recent review of a commenting platform called FastComments.

WPLift.com, a great WordPress news site you should definitely visit, recently posted a review of FastComments. The platform, the review states, sets out to improve the “flaws and lackluster functionality of WordPress’ in-built commenting system.”

WPLift’s review lists a feature that caught my eye: Real-time live conversations. This is that unexpected, though very welcome feature I liked so much about Livefyre.

Like Livefyre, it does involve a sign-in option, but that never seemed to stop people from using it. Apparently, there were enough sites using Livefyre before it priced itself out of the blogosphere that people could still easily comment. FastComments also include an anonymous commenting feature. I honestly don’t recall whether Livefyre did. (It’s been gone for several years now.)

The more I read, the more I liked, in fact. FastComments even offers a “Shadow Ban” option, which looks as if it works like that Bozo option.

Then I saw that one other feature.

Unfortunately, one item caught my eye for the wrong reason: the part about pricing. In case you haven’t guessed, whenever you see pricing on a service’s feature list, they rarely give you a free option.

So let’s forget about that “pro” option. I could probably count on one hand the number of bloggers I could guess could swing a monthly cost like that.

There’s a third option called “Flexible Pricing,” which, as described, allows site owners to pay only for what they use. The lowest minimum monthly price is 99¢, though in the menu of fees, the lowest price for anything a la carte is $1 per month. So I’m not sure how getting away with only paying 99¢ a month is possible.

But 99% of the bloggers I know fall into one of two categories.

The first group blogs for free or nearly for free through services like WordPress.com or Blogger, where there are no fees. Since this service is part of a WordPress plugin, I’m assuming that it wouldn’t be compatible even with the fee WordPress-hosted version.

The second group blogs on a service like self-hosted WordPress. I’m in that second group. We pay for our domain. We pay for hosting. Add to that additional services, depending on blogger to blogger. Those services might include security, backups or even email newsletters. We hope we can recoup even a portion of what we pay out for the things we have to buy to break even.

News flash: Most of us don’t.

Don’t get me wrong: I’m not complaining. I’m grateful for every comment someone leaves here.

But I realize that fewer people do so. I believe the biggest reason for that is social media. More people are on social and therefore more people see the discussions you post there.

Why would someone take the time to comment on one blog when they can post a link to that blog on their social profiles along with their response and potentially get seen by many more people. On top of that, the conversation goes to their social profile. They get the attention, not the blogger.

They build their profile in that way. I understand how that works. We bloggers often post links to other sites and build blog posts around them rather than keeping the conversation on the original site (if they even still allow comments).

Social media is simply an extension of that.

So the question that I keep hitting is this: With a steady decline over time in the number of comments bloggers receive, should we actually invest in a commenting system? Is it reasonable to add to the list of the expenses?

If it were free, I’d try it in a heartbeat. There’s a 30-day free trial, and I’ll give that some consideration. But understand: as I write this, I haven’t tried it yet, as feature-rich as it sounds.

So please don’t consider this a review of the service. It isn’t.

But before taking on the possibility of new expense, a blogger needs to sit down and figure out what the results would need to be to justify the new expense.

That’s where I’m uncertain. What kind of “turnaround” in blog comments would I need to see before I’d suddenly be open to paying for the commenting system?

I’m not sure. I just don’t really think I believe that there’s any commenting system that can deliver that magic number, whatever it might be, in just 30 days.

Would you pay for a commenting system on your blog? If not, what kind of results would you have to see to make you reconsider?

Tags:BloggingComments
PatrickApril 25, 2022
the authorPatrick
Patrick is a Christian with more than 30 years experience in professional writing, producing and marketing. His professional background also includes social media, reporting for broadcast television and the web, directing, videography and photography. He enjoys getting to know people over coffee and spending time with his dog.
All posts byPatrick 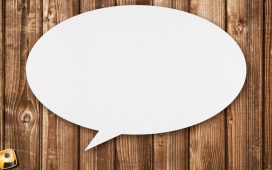 Why You Should Always Delete Spam Comments

Twitter Takeover Lesson: Blog on a Blog, Not on Social Media 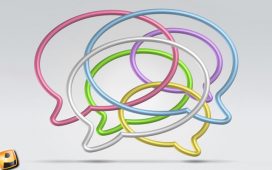 Why I Changed My Mind on Moderating Comments 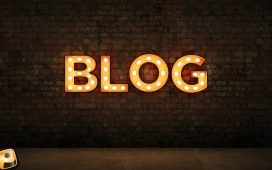 Why You Should Care About Your Blog Footer 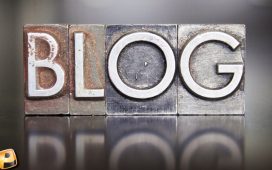 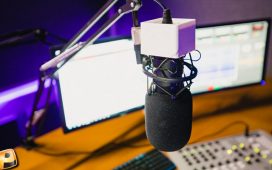 People Ask Why I Don’t Start a Podacast. I Have Several Reasons.