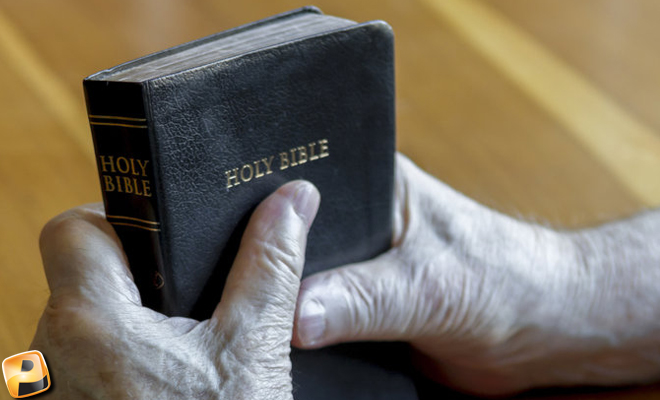 It’s fascinating — and disturbing — to watch the pattern of Christian conditioning unfold whenever someone proposes a different interpretation of a Biblical concept.

Reaction to a recent podcast is a perfect example of the kind of Christian conditioning all of us who are believers are taught at an early age.

Many of us probably don’t want to even consider such a mindset exists. But to deny it would be fooling yourself.

The podcast in question is one I do intend to write about…but not in this post. The fact is that the message of the podcast struck me as so profound in terms of the crucifixion that I need a bit more time to process it and see exactly where I stand. The view expressed is still a Christian view, but it casts a different angle on why Christ died on the cross.

Enough about that part for now.

What astounds me about the reaction when this kind of profound interpretation comes to the surface is the mean-spiritedness. Until I realize that this is exactly what all of us are conditioned to do.

Any idea that departs from what we’ve been taught in the past is immediately labeled heresy. Orthodox Jews surely considered Jesus Christ a heretic in His day, so considering this meaning, I’m not sure the intended insult necessarily carries as much weight as they think it does.

The traditionalists are also quick to toss out Proverbs 3:5:

Trust in the Lord with all your heart and lean not on your own understanding;

They don’t want you to lean on your understanding, even if it comes from a well-studied, Biblically-qualified theologian. They have no problem, however, if you lean on their understanding.

Funny how that works, isn’t it?

They’ll then point an accusatory finger, instructing us to pray more. They always seem to assume that no matter how much we pray — even if happens to be more often than their own prayer rituals — it’s never enough.

After that, there’ll surely be the intended threat of prayer. Yes, prayer as a “threat.” They’ll say it in what might appear on the surface to be kind. It might look as if it’s a show of genuine concern.

That has never sounded like a genuine prayer of care to me. I would like to believe it doesn’t fool God, either.

Honestly, when I encounter someone who has so far different a view of the Bible as I do, I don’t tell them that I intend to pray for them. But I’m quite likely to privately pray for both of us. That prayer, for what it’s worth, is that God will show&nbsp both of us what the true path happens to be.

I don’t believe I have all the answers, no matter how much of a believer I am.

For some of us, in fact, Progressive Christianity begins to sound like a more rational portrayal of who Christ is. Some of the more steadfast traditionalists, on the other hand, seem to shoot down the idea just because it’s different. Yet, can any of us truly know all there is to know about God?

I don’t think so.

So where does this Christian conditioning come from?

In a nutshell, I think it’s arrogance and ego.

Otherwise, the result would one degree or another of total chaos.

In our earliest church experiences, was understood to be more trained and better informed than the parishioners. They possessed the inside track on all things God. They may not have said so in so many words themselves, but they certainly acted in a manner that implied it.

When anyone questioned them, they would warn about the consequences of blasphemy and threaten damnation. Fear played a big part in the psychological maneuvering that was necessary to keep the parishioners in line.

Don’t get me wrong: I’m not saying that preachers set out to play some sort of evil mind games. In fact, I think it was quite the opposite: they had the best intentions.

When being right is more important than anything

As soon as someone feels a fellow Christian might be going in a different direction from the “norm,” they either shut down completely and start ghosting that person, or they lay down a gauntlet of clobber verses designed to snap their wanderer back in line. There’s no possibility the wanderer, after all, could be right, because he’s not thinking the same way they are.

But I’m reminded of a conversation with a Progressive Christian preacher. I asked how churches like that one in the midwest that protests soldier funerals over issues that had nothing to do with the soldiers could possibly think that was proper.

He gave a simple answer. In their hearts, we have to believe they’re trying to do what they think is right. We don’t agree with them. We think they are completely missing the point of Scripture. We think all they do is wrong.

But if we can take a moment to stop to remember that in their own twisted view of religion, they actually think they’re the only ones who are right, it allows for an important thing to happen: We can empathize.

We may not understand. But at least we can begin to feel compassion for them for their hard-heartedness. We can pray for them (and us). We can ask God for wisdom for all to be able to discern what the truth is.

Too often, religion seems to want to stifle those thoughts to maintain a “we vs. they” mentality. It pulls us into a team — a team it defines as the only winning team.

And the Christian conditioning most of us experienced without even realizing it is designed to keep us all on the same side of the gridiron.

Maybe, if we could all begin to listen more to each other, we might have an even deeper, better understanding of God that we all could benefit from.

I don’t happen to believe that God can be defined by man in a single way. I think because God is infinite, our limited understanding will always be insufficient. That’s why I try to be open to new ideas about God and to try to embrace those that seem to ring true to who God has shown Himself to me to be.

If one of the main goals of Christianity is to form a personal relationship with God, there has to be importance attached to what we see and feel of God in our hearts, even than what’s in the Bible’s pages.

Tags:BibleChurchFaithGod
PatrickAugust 24, 2018
the authorPatrick
Patrick is a Christian with more than 30 years experience in professional writing, producing and marketing. His professional background also includes social media, reporting for broadcast television and the web, directing, videography and photography. He enjoys getting to know people over coffee and spending time with his dog.
All posts byPatrick 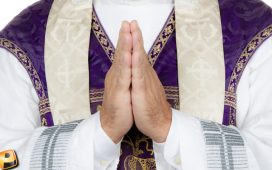 I Guess It’s Time for the Annual Christian Halloween Debate