How much would this suck?

The Maryland McDonald’s employee who first sparked a controversy when she claimed that despite buying tickets in a lottery pool with her co-workers, the winning ticket in her possession was one she purchased on her own now says she “misplaced” the ticket.

That misplaced ticket is allegedly one of the three winners of the largest lottery jackpot in history.

She told reporters that she left it at the McDonald’s where she works in a place only she knows about, and is waiting for things to die down so she can go back there and get it.

I don’t know if her story is legit, but I do know there’s one thing I definitely wouldn’t have done: if I didn’t have the ticket in my hand, I certainly wouldn’t have told everyone where I hid it. Because if I had gone in on a lottery ticket buy with my co-workers and the person who bought the tickets claimed to have the winning ticket, but then claimed the ticket wasn’t part of the pool, and then added she hid it at work, I’d be searching every inch of the place.

But maybe that’s just me.

The Unexpected Gender Option On the Medical Form 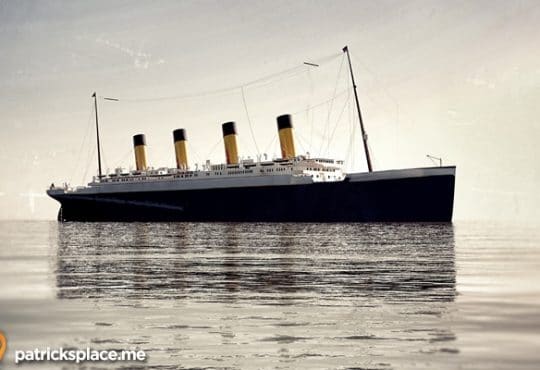 Would You Set Sail on the Titanic II?