A recent commentary on the broadcast news industry took exception with the concept of breaking news in the way various outlets present it.

Faith Salie has a real problem with breaking news. The contributor to CBS Sunday Morning recently went off on the subject.

Salie complained about what gets the label:

Interestingly enough, this was the very first subject I wrote about when I began this blog in 2004.

Back then, I complained about having received “breaking news alerts” in my email inbox from both MSNBC and CBS News. The alerts notified me that the film Lord of the Rings led the Oscar race with 11 nominations.

Back then, I asked, “Is it just me, or does an Oscar nomination seem to stretch the definition of ‘Breaking News?’”

And, all those 14 years ago, I contrasted the non-breaking type of news being discussed with what I considered to be a true breaking story from many years earlier: the Kennedy assassination.

Coincidentally, Salie made the same comparison, airing clips of the late Walter Cronkite covering the assassination.

The birth of breaking news

The killing of President Kennedy in Dallas, Texas, on Nov. 22, was literally the birth of breaking news on television.

Looking back at the coverage then provides a fascinating perspective on how comparatively primitive coverage was back then. There were no flashing graphics or sparking news sets. There were live shots, but they were limited.

Multiple times during the coverage, instead of going to video — mostly because everything was shot on film and had to be processed — anchors like Cronkite held up matted photos that had been received from wire services.

We can look at the enormity of the event today and marvel that anyone would have sat through it. Yet the nation sat transfixed on the coverage of the shocking event.

A lot has changed since then.

Back then, there were three networks. Today, there are hundreds of channels to watch. And each of them wants you to get your news from them.

Then there are all of the digital properties — websites powered by the same television networks and newspapers and even non-legitimate news sources that are all vying for your attention.

While the 24/7 news cycle on cable never stops spinning, everyone else is still trying their best to make sure the news you get is their news, not anyone else’s.

When there are so many choices, they have to get creative as they battle for your attention. And add to that battle the changing taste of our interests these days. Back in 1963, celebrity news was news for some. But it wasn’t remotely the kind of news it is today.

Don’t ask me why people seem so interested in the comings and goings of celebrities. But they are.

As much as we’d all like to pretend otherwise, they do.

It’d be nice if only “legitimate” news could be elevated to the “breaking” level…and only in the moments those legitimate stories first begin to unfold.

It’s easy to argue that this is the only way it should be.

It’s easier still for news consumers to make those arguments, all the while insisting they have no interest in the kind of non-news stories — what we all call “fluff” — that so many others seem interested in.

But here’s the other side of that coin.

I work in digital media. So I know what you click.

Let me clarify: I don’t know what you click specifically on your computer. But I know which kinds of stories get the clicks. And I’ll let you in on a secret: it’s not always the stories you’d consider “legitimate.” (They’re not the stories I’d always consider legitimate, either.)

If “breaking news” has become a monster, that’s at least in part because of the response from the very news consumers the business is trying to serve. When the Royal Family announced last week, for example, that there was a new baby on the way, that may or may not have qualified as a breaking story in your mind. But when news organizations sent it out as such and immediately saw a huge leap in page views for that specific story, it sent a message to those outlets. The message was clear: Yes, that story did qualify.

Breaking news is much like the rest of television: it’s a democratic process. When the masses tell us through their behavior what they consider breaking to be, we do our best to follow at intelligence.

Are there times I’ve sent out an alert to a story that I wouldn’t have personally believed should be considered breaking? Surely. And most of the time, the response tells me that I was correct in ignoring my own sensibilities and going with what history has shown the audience defines as such.

Does this mean, as Salie suggests, that “if something keeps ‘breaking’ all the time, it’s broken”? Perhaps.

But when you are trying to serve an audience with the best data you can find, there comes a point at which you have to follow what they tell you they want, not solely what you think they should want. 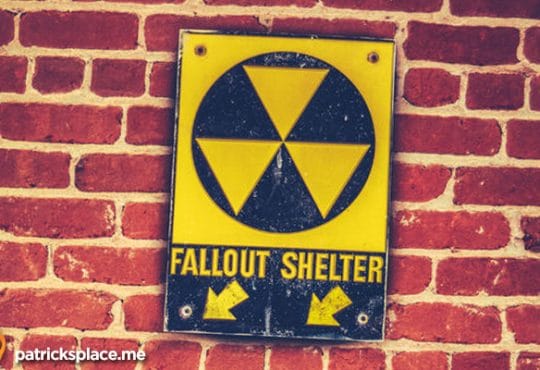 Why Do Headline Writers Hate the Word ‘Being’?