Pretty much since the first television newscast, one wardrobe rule has been fairly consistent: anchors wear ties. One Boston station is trying to rewrite that rule.

Most of the time, news anchors wear ties and jackets when they deliver the news. There are some individual newscasts, particularly at less usual news times, such as 4:00pm or 7:00pm, where male anchors can get away with not wearing or tie or wearing a tie with no sports coat.

But as a general rule, the biggest newscasts of the day still follow the old fashion format.

Now, ties are out for male anchors. Even female reporters are being told to dress more casually in the field.

The station’s news director, Boston.com reports, made the change at the station “to mirror its viewers, whom he believes are less likely to wear ties on a daily basis thanks to evolving workplace dress codes.”

On the one hand, I can understand wanting to relate more to your audience. But I honestly don’t think ditching neckties is the way to do that. If their anchors aren’t relating to their audience already, is that one single change supposed to be the solution?

And if that minor wardrobe adjustment is the only real change, where does it end? Some workplaces are so casual that t-shirts, shorts and flip-flops are allowed.

That doesn’t mean I want to see news people dressed that way.

I relate to news people based on the value of the information they deliver, not the wardrobe they wear while they deliver it.

How do you feel about this? Should anchors wear ties or should they lose them?

Would you be more likely to pay attention to an anchor without a tie? 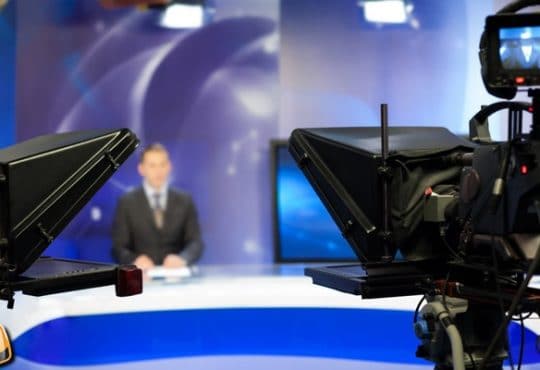