Those of us in the southeast have seen long hours of weather coverage this week on Hurricane Irma as forecast tracks shifted from North Carolina to Florida.

Every now and then, I see comments from viewers accusing the media of “hyping” a hurricane or “crying wolf.”

It’s easy for people who haven’t worked in the media for a while — even if we aren’t meteorologists — to take offense to such comments.

But those of us who have done it for a while know two things.

First, no matter what we do, these people are going to complain about something. No matter what the media does, it’s either not enough or too much. For some people, for whatever reason, there’s no middle ground. That’s not only true about the media, though. I imagine the same holds true for you, no matter what kind of industry you work in, you face the same kind of criticism.

As frustrating as it might be, you just keep that in mind and keep doing what you do.

You set those complaints aside. You just learn to discount them.

And you remind yourself that the worse something gets and the more intense such a threat becomes, the voices offering thanks for keeping them informed will eventually drown out the voices complaining that they’re “tired” of hearing about it.

The second thing you learn working in the media is that being accused of spending too much time on a weather event that begins trending away is that it’s better than spending too little time and just hoping for the best.

The average person — apparently — doesn’t seem to fully understand that while weather technology has improved substantially 50 years, there is still no way to accurately pinpoint where a storm will go more than just a couple of days out.

During coverage of Hurricane Irma, we’ve seen the track of the storm shift repeatedly. Computer models early in the week had the storm headed anywhere from offshore back into the Atlantic to the Savannah area. For a while, computer models started shifting away from the offshore track — the one all of us were hoping for — towards a southeast landfall.

By midweek, it seemed to be focusing right on South Carolina.

It wasn’t until Thursday that the storm’s projected track started shifting far enough west that South Carolina might actually escape the worst of it, though some tropical storm-force winds and flooding, along with an increased risk of tornados and heavy storms, still can’t be entirely ruled out.

Even on Saturday morning, the storm’s track was continuing to shift west. The state is almost completely out of that so-called “cone of uncertainty,” a widening curve that extends out some 200 miles from that “red line” forecast track. It’s worth noting that the storm could actually move anywhere within that cone, not just along the red line. If Hurricane Irma were to move 200 miles to the east of that line, which would still mean the forecast track was “accurate,” South Carolina would feel a much bigger impact than it would if it stayed on the red line.

Some people focus too much on the red line and not the cone, no matter how many times we warn against that. And believe me: all of the meteorologists issue those reminders regularly.

We can’t precisely predict where a storm will be multiple days out.

The technology has improved. Watch a YouTube newscast from the 1970s and you’ll quickly notice the best they had to rely on was a film loop of a satellite picture. That was as good as it got back then.

Nowadays, we have Doppler radar and other technology that helps us monitor not only the storms themselves but the other atmospheric conditions that will help drive that storm one way or another.

Weather reporting is more accurate now, I’d argue, than meteorologists half a century ago might have ever hoped for.

But it’s not perfect. It’s not an exact science. And until man can actually control Mother Nature herself, it never will be exact.

It won’t be exact. It’ll be a best guess. Hopefully, as the technology improves, those weather guys some people love to hate will be more accurate than they are wrong. (But despite what some of you may think, they already are.)

Covering the potential for severe weather isn’t about interrupting your favorite shows or boring you with details that might not affect your particular street.

They’re about providing potentially life-saving information for people who, at that moment, may be in the direct path of some kind of impact. At any given moment, that might not include you. But a television station’s coverage area goes a lot further out than your subdivision or even your town.

Just as you’d want us to be dedicated to your needs if the path of the storm cut through your community, you should expect us to be just as dedicated when severe weather can impact someone else who happens to be in a different part of that coverage area.

If a threat was coming and we downplayed it, then those initial forecasts turned out be right and you were underinformed and insufficiently prepared for the danger, how would you feel then? 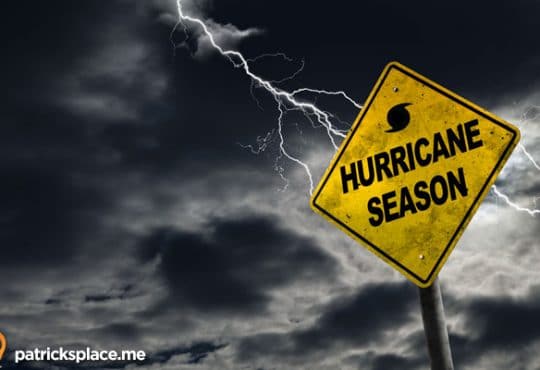 And the 2020 Hurricane Season is Already a Busy One!