For the past week and a half, I’ve had a sick puppy on my hands, and we’re still trying to figure out exactly what the problem is.&nbsp  The best guess at the moment is some kind of inner ear infection, the kind that isn’t necessarily easy to diagnose just by looking inside the ear.

It began a week ago Thursday, when I found that he’d thrown up in his pen.&nbsp  After a day or so of low appetite and having a problem keeping things down, I took him to the vet and they gave him an injection of an anti-nausea drug.&nbsp  That stopped the nausea.&nbsp  The problem then migrated to the other end.

Fortunately, it wasn’t all the time, but only when he normally did that sort of business.&nbsp  He never had that kind of accident in the house.&nbsp  I took him back to the vet, and unfortunately, after being poked and prodded for a while, he did have that kind of accident at the vet’s reception area.&nbsp  I felt terrible about it, and by the looks of him, he did, too.&nbsp  But the vet staff shrugged it off, saying it happens all the time.

Subsequent tests revealed a very minor presence of whipworms, a parasite dogs sometimes get that is not prevented by standard heartworm treatments.&nbsp  So I have him on a dewormer for that.&nbsp  They also gave him an antibiotic for the belly, which has since stopped that other problem.

But there’s one issue we haven’t tacked, yet:&nbsp  his balance seems to be off.&nbsp  If he gets up after lying around for a while, there a moments when he looks like he sways a little at first.&nbsp  He’s been shaking his head occasionally, and at times leaning his head to the right as if he’s trying to get something out of his right ear.&nbsp  The vet has checked his ears several times, and they’re not red.&nbsp  But after seeing him again last night, the vet agrees with me that it could be a problem inside the ear, an area that is very hard to see with the otoscope, that little device they use to see into a dog’s — or person’s — ear.

The other possibilities are not pleasant.&nbsp  Either a brain tumor or some kind of neurological problem.&nbsp  The vet did a couple of simple tests with his paws and checked for unusual motion in Scotty’s eyes and those tests seem to indicate that a tumor or serious neurological issue isn’t that likely.

At least so far.

So I’m hoping the new antibiotic and prednisone (a precautionary measure to reduce any potential inflammation in the inner ear, brain or anywhere else any may exist) will do the trick, but it’s likely to take a few days.

He’s still exhibiting his sweet personality, but he’s moping around a little and I can tell he doesn’t feel well.&nbsp  He’s also more cuddly lately, as if he’s wanting “Daddy” to make it all better.

Daddy wishes he could snap his fingers and accomplish that right this second.

Tags:DogsPersonalPets
PatrickOctober 9, 2010
the authorPatrick
Patrick is a Christian with more than 30 years experience in professional writing, producing and marketing. His professional background also includes social media, reporting for broadcast television and the web, directing, videography and photography. He enjoys getting to know people over coffee and spending time with his dog.
All posts byPatrick

I Once Shopped on Black Friday. Once was Enough.

Quinquaginta Tria Just Doesn’t Have a Ring to It! 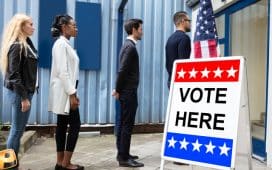 Back to ‘USC’: My Alma Mater Announces New Branding 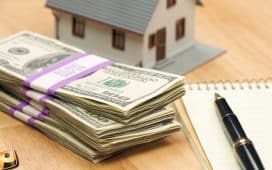