With new owner Elon Musk at the helm Twitter may be about to change the rules for the famous Twitter checkmark.

Since Twitter introduced verification, we haven’t had the clearest rules on what qualifies someone for the Twitter checkmark. But that little blue symbol has been a sign that the person who might otherwise pretending to be a famous person actually is legitimately that person.

Likewise, a corporation whose Twitter profile sports the little blue circle with the white check, gets more credibility because Twitter verified the account to be under the company’s control.

We don’t know exactly what it takes to get verified on Twitter, so the mark is a bit more elusive. For some, I suppose, that’s part of the appeal.

A portion of my real job involves managing social media accounts. When I need to get someone verified for Twitter, there’s a form I have to fill out and links I must provide. Those links help establish that the person whose account I’m trying to verify is part of our organization.

But even though I’ve arranged verification for more than a dozen accounts, I can’t get my personal Twitter account verified. At least, Twitter doesn’t seem to think it has been worthy of the blue check yet.

First, the account must be “authentic.” By that, Twitter wants an official website that acknowledges you as a member of an organization; or an ID to verify you are who you say you are; or an email address with the domain of your business to verify you work there.

Second, the account must be notable. Twitter wants to see that accounts it verifies represent or otherwise are associated with a prominently recognized individual or brand.

Third, the account must be active. That one’s a no-brainer. Why would they waste their time verifying an account that’s no longer posting content? But beyond active posting, Twitter also wants specific things on your profile: You must have a profile photo and a cover image. You also need a confirmed email address or phone number. I’m told you must have two-factor authentication activated, although the page doesn’t specifically say that. Twitter also reviews your account’s history to check for any previous suspensions, which could keep the Twitter checkmark away.

But that may be about to change.

Twitter has always been free. Since its launch in 2006, anyone could sign up for an account — at least as long as they behaved themselves. Since Twitter is a privately-owned space, there’s no “first amendment” argument to be made. It has the right to set its rules and hold its users accountable to them.

Last year, it introduced Twitter Blue, a subscription-based version that added a few features. One of them is “Undo Tweet,” which allows you to retract a Tweet after you send it, but before it’s visible to others. Twitter explains it this way:

It’s not an edit button, but a chance to preview and revise your Tweet before it’s posted for the world to see. Once the Undo period is over, the Tweet is viewable to your followers and you can either leave it or delete it, like you normally would on Twitter.

There’s no edit button for Twitter — even after 16 years. But that feature was apparently in development as of April.

Twitter Blue carries a monthly subscription price of $4.99. For an edit option, I might consider paying for it, but I probably still wouldn’t, because, well, you shouldn’t have to pay for so basic a feature.

But Elon Musk is now pondering another feature for Twitter Blue: The verification badge. Musk, whose account was verified under the current verification model, tweeted this:

Yes, he wants to add verification as part of Twitter Blue and then nearly double its price. That offer came after the internet went nuts when he first proposed a monthly fee of nearly $20.

What’s the real value of being verified?

That becomes an important question now. Before the requirement that you’d have to pay, that “lords and peasant system” actually does have value. Seeing the Twitter checkmark lets you know that the user with whom you’re tweeting — or whose Twitter stream you actually are reading — is at least connected to the real person. It may be the real person himself or herself rather than one of their staffers.

When you see the Twitter checkmark, you at least have a valid reason to believe that the accounts likely aren’t parody or fake accounts. You can believe that you are most likely dealing with the genuine article.

At least, that’s true under the current system that Musk seems to hate, the same system that leaves many of us wishing we were popular enough to get the check on our own.

But if Musk makes it part of Twitter Blue so that anyone can be verified, the value flies right out the window. Why would you trust, for example, my Twitter account if I could pay for the checkmark? If handing over $8 per month is the only qualification, someone could create a fake profile claiming to be anyone, pay the money, and get the checkmark.

The very safeguards that try to authenticate an account’s legitimacy get thrown out the window.

Twitter becomes a game of Who Do You Trust? To the extent that you can trust anyone on the service, that trust would be gone.

It’s like the argument over “participation ribbons” in elementary school events. When everyone gets a ribbon, the ribbons lose value. Sure, it makes the people who otherwise wouldn’t make the cut feel like they belong. But it potentially devalues the accomplishments of those who earned one by doing more than just showing up.

Would you pay to be verified?

If your answer is yes, I’d seriously have to wonder what you think you’d get out of it? Especially if everyone knows that the only reason you’re suddenly verified is because you are paying for it.

A scammer who afford $8 per month shouldn’t look as “legitimate” as a real person or organization who can prove they are who they say they are.

A Twitter checkmark I pay to have on my account doesn’t make me more legitimate than I would be before I had it.

I don’t see me paying for Twitter Blue. Even if the edit button becomes available only to subscribers — which wouldn’t surprise me — I wouldn’t pay.

An edit function should be a basic feature that’s now 16 years overdue.

Likewise, a verification badge should have meaning. If you choose to call that unfair prestige, that’s up to you. But there should be a reason, other than a subscription, that an account is verified, or else verification doesn’t tell you anything other than that the user in question is shelling out money each month.

More power to those who choose to pay to get the blue checkmark — assuming that plan actually becomes reality. I’ll happily stay a peasant. If that keeps people from paying attention to what I have to say on Twitter, that’s their loss. Not mine.

Tags:Social MediaThe WebTwitter
PatrickNovember 2, 2022
the authorPatrick
Patrick is a Christian with more than 30 years experience in professional writing, producing and marketing. His professional background also includes social media, reporting for broadcast television and the web, directing, videography and photography. He enjoys getting to know people over coffee and spending time with his dog.
All posts byPatrick 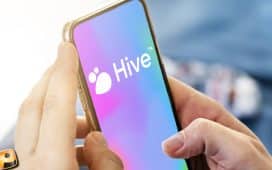 Giving Hive Social a Test Drive…and I See a Problem

Why You Shouldn’t Respond to Those Random Email Messages