Singer/songwriter Waylon Jennings taught talk show host Tom Snyder a big lesson back in 1998. He did so by walking out moments before he was to appear live.

Tom Snyder intended to have guests Dr. Laura and Waylon Jennings on the Sept. 23, 1998, edition of The Late Late Show on CBS.

But a funny thing happened when it was time to bring Jennings on: he was nowhere to be found.

Snyder’s program was somewhat unique as talk shows went. He sat on a small stage close to his guest and the camera angles were usually tight. The viewers felt an intimate atmosphere with the host and guests as if they were part of the conversation.

On this show, things went awry.

As the story goes, producers told Waylon Jennings he’d have about half of the hour in the hot seat. But Dr. Laura proved a popular guest with viewers who called into the toll-free line to ask questions. So her interview went longer and longer.

Eventually, Dr. Laura’s appearance ate into the time Jennings naturally felt was his.

And he apparently decided enough was enough. When Schlessinger’s interview ended and Snyder pitched to a commercial break, staffers went to the green room to retrieve the country music legend.

And they quickly realized there was a problem.

Snyder returned from a commercial break (at about 27:43 in the clip below) ready to introduce Jennings, but instead, had to explain why he was sitting before an empty chair.

“But what you have to know is that I just found out in the break here as Dr. Laura was leaving the broadcast center, Waylon Jennings walked out of here about five or ten minutes ago. He is not here,” Snyder said.

He read the planned introduction he would have read if Jennings had been sitting there, and the director took a shot of the empty chair.

Snyder went to break as the crew tried to figure out what to do next. But when they returned from that break, Snyder came back with a bit more information. He explained Jennings believed Schlessenger would only appear for five to six minutes.

“And when Dr. Laura entered her seventh minute, that was the end of that,” Snyder said, laughing with his crew.

Snyder finished the episode by taking questions from the audience.

And people remember the episode more because of the interview that didn’t happened. 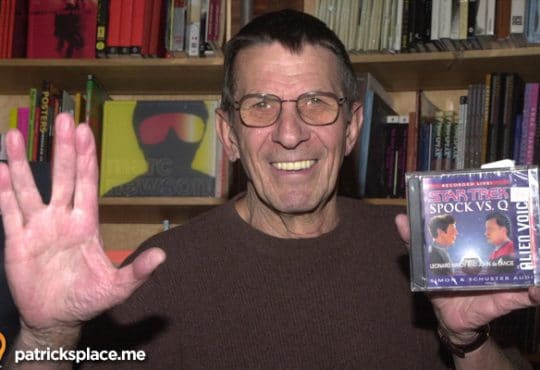 A Strange Thing Happens to CBS Soaps This Week

Footnotes: The Sad Story of the Brady Bunch Dog