Cable network TV Land just wrapped up their countdown of the 100 Most Unexpected TV Moments, as selected by TV Guide. The list of moments is sure to bring back lots of happy memories, and I was happy to see clips from popular game shows make the list.

The 19th most unexpected moment, for instance, came on down in a 1977 episode of “The Price is Right,” in which the legendary Johnny Olson calls the name of a contestant dressed in a tube top. What happened next is something fans of the show remember to this day:

As Bob Barker puts it when telling this story, “She came on down and they came on out.”

But the number one pick was one of the greatest series finales in television history. The year was 1990, and the show was “Newhart.” Bob Newhart starred as Dick Louden, proprietor of a Vermont inn. In the final scene of the last episode, Newhart suddenly wakes up in a familiar bedroom setting in Chicago: suddenly, we realize that the entire eight years in New England was a weird dream, and he’s really Dr. Bob Hartley from the original “Bob Newhart Show.” He turns to his wife, played on “Newhart” by Mary Frann, to tell her about the dream, and the audience cheers when they see that it’s Susanne Pleshette, who played wife Emily on his original show.

It was a great way to wrap up one good series while saluting an even better one.

The weeklong series even wrapped up with what they apparently intended to come across as an unexpected moment, when their “experts,” a mix of A-list, B-list and F-list celebs were asked the ultimate in stupid questions: “What makes for a great unexpected TV moment?”

Walter Cronkite, 89, proved that his mind is still as sharp as a tack: “Well, hell, that’s your answer right there: it’s unexpected.” I wonder if CBS has thought of bringing him back to anchor their news. I’d watch. 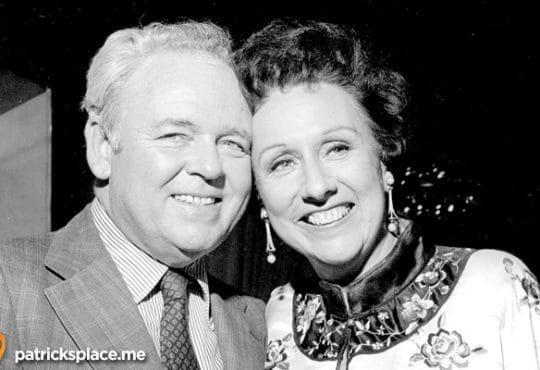